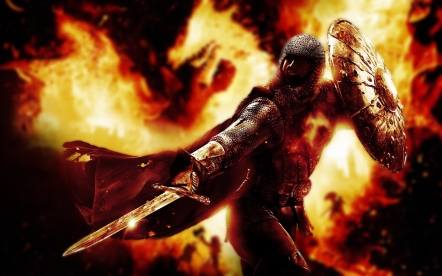 We’re still looking at the “Sword of the Spirit”, our main offensive weapon in our Armor of Light. And as we have been in this series, something very special happened last night. I left my last church a year and a half ago, and when I did I also left one of the best friends I’ve ever had. We go way back over 40 years.

When I say “I left”, I don’t mean we left on bad terms or ended our friendship, but suddenly we hardly saw each other. I had taken a different fork in the road. Not only was I going a different way physically speaking, but also spiritually, because I entered what is being called the 2nd Reformation. I began having a different perspective on what church should be, and I knew if I shared my thoughts, it would be hard for him to hear. I knew if he read the things I was writing, not only might it be hurtful, but even make a lot of lesser men angry. So we had not really had a good-honest-sharing of the heart-get together in over a year and a half, but last night it happened.

Here is how I approached it with him. I used the American Civil War. In this war where brother actually fought brother, and brother even killed brother, I asked: What if we had ended up on opposite sides? If we came face to face on that battlefield, would our friendship allow us to step aside out of sight, and share each others views without killing each other? He said he liked to believe we could. I felt the same.

Then I posed it a different way. I said, what if we had lived during the Reformation? What if I had remained a Catholic and you became a Protestant? Would we have still been able to come together and talk about our differences, our heart-felt beliefs, without getting mad and destroying our friendship? Again, we both liked to think we could.

God’s timing always amazes me. I did not know as we began our study of the Sword, that I was also going to draw that Sword. I’m not talking about my friend, but I’m talking about this blog site, our Fellowship, and the Church as a whole. I suddenly realized with our last article that I had actually declared Civil War on the modern church system. I have been writing such things for a while now, but I never thought the message would keep getting stronger, or become the focus of my mission.

I was very slow at publishing the article previous to this one, because I felt like I was crossing a line I needed to be very sure about. I did a lot of praying that day. I reread the article like 10 times! But by the end of the day, that night, the leading was still there, shoot it forth. And I did. I crossed that line. I knew I had. And then, last night I finally got to share my true thoughts with my friend without trying to guard every word I spoke. He at least now really knows where I stand, and what beliefs I am standing upon. He knows I have done my homework, and not carelessly jumped into something. Now whether I have done my homework “correctly” or not, is another question. And he may need a lot of time to search that out, as I have.

I also never thought of it as a 2nd Reformation until I saw someone else say it in their blog site. And then I realized why that seems to be true! So I asked my friend, last night, what was the technological advancement that helped to cause the Reformation? He answered correctly about the invention of the Printing Press, which eventually got God’s Word into the hands of the common man, and the Catholic church could no longer control the knowledge the common people were learning!

So then I asked him what is the technological advancement that is having the same effect today? At first he did not get it. I don’t think he even had thought in terms of a 2nd Reformation going on. So I added, just as the Printing Press made new knowledge available to the masses of that day, what has done the same today? Then he got it. The Internet. But he still didn’t understand what the new knowledge was, until I explained to him I had been able to download 5000 pages of writing by early church fathers while setting in my recliner and never leaving my room! In ten seconds time I had the writings of people directly discipled by the Apostles themselves, and put into positions by the Apostles themselves, and all the knowledge they had shared, which for some reason our modern church has avoided sharing! This too is God’s Sword! God’s Sword is truth, knowledge, light! God is all about enlightenment in actual truth! LET THERE BE LIGHT!

Proverbs 27:17 says, “As iron sharpens iron, so a friend sharpens a friend.”

It had been a long time since my friend and I had had a conversation like that, where I had been able to speak of things most on my heart. His and my wife were visiting in another room and we were in the man-cave. They were talking children and shopping; we were talking hard steel and fire!

I had a special movie planned, and we brought in Chinese food and shared “Table” together. The “special” movie is a Christian film called: “Masterless”. Believe it or not, it is like a Samurai version of Pilgrim Progress! It’s a totally unique film that thinks outside the box. Of course, a Samurai Sword plays a big part in the show, as a Ronin Samurai seeks truth, and a master. I love this movie! I tried to show it to my friend over a year and half ago! But last night it finally happened! (Good things come to those who wait and pray!)

So…… Is there a 2nd Reformation going on? I believe there is. Human nature still the same, set up the same circumstances of new knowledge coming into the hands of the common person, history repeats itself, truth always having the same effect, the axe is poised over the modern day worldly church still heavily involved in sun worship, god of prosperity! (We even call it the Prosperity Gospel. How sad is that?)

Is there a Civil War just beginning to really be visible to the average eye? I believe there is. But I praise God that some of us have friendships able to survive even Civil Wars! After all, we are Christians, right? And we war different, right? Those who are true, do. Those who are not, may not! So watch out!

What a night it was for us. I still bask in the glow of the memory of it this morning. And today, we have another Baptism! My friend, Jason, who has been a devout Catholic all his life, now sees we need to get back to something predating both the Catholic and the Protestant churches! We need to get back to what Jesus DID! And he was not sprinkled! No more “short-forming” what Jesus DID! He was fully submerged under the water in a symbol of death! And the Lord’s “Supper” is a “Supper”! Not a tiny little white something and a tiny thimble of juice! How could our God of abundance ever call that a supper?

These things only touch the tip of the iceberg as to the “deep” changes it has caused in the church, and how far we have drifted from what Jesus DID. I have written of these details in many articles of this site. I hope to do a sidebar, soon, that list the articles specifically relating to the “journey” I have made in my own searching for answers. This will make it possible, notice I’m not saying “easy”, for a disciple must “learn”, and we’re not looking for “easy”, we’re looking for “light”, and this will make it “possible” for a true disciple, a true warrior, to make the very same journey I have made, “if they so desire”.

Welcome to “Fellowship of the White Path”. I am Grandpa White Feather. I seek for a tribe of “Godwalkers”, an Enoch people. May God Almighty Himself raise up such a people! He has! He is! And He continues to do so! So says Grandpa White Feather, a simple teacher of God’s Word. 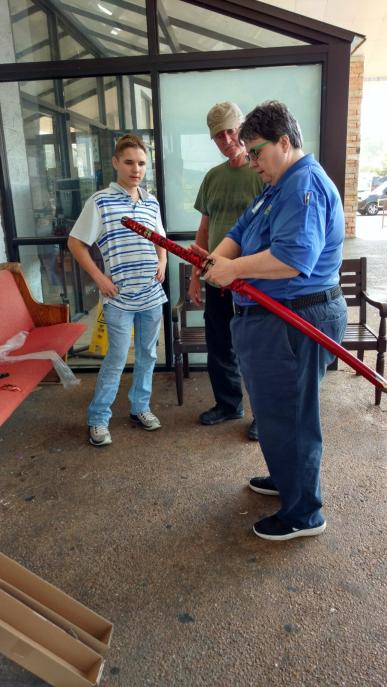