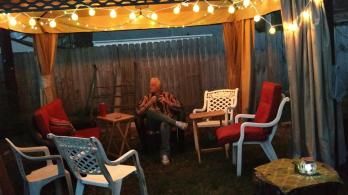 Left Wing Media? LOL! I hate politics. I see it as a necessary evil. There is no perfect system, and for some reason… the chance for power…money… fame… bling… whatever; modern politics attracts a lot of undesirable behavior from people. Makes them act like little spoiled children.

Yesterday is an incredible case in point, when President Trump took the media to school and became their teacher with the facts in hand. What did the left wing media do with it? Did they learn anything? Did they thank him for presenting no-fake facts? Did they walk out of there smarter? No… they walked out filled with even more hate, and to all of us watching it is so obvious that it leaves us sick of our stomach and shaking our heads! I almost puked as I checked CNN last night to get their take on it all. I do like hearing both sides.

What did they do with their day in class? Instead of learning a single thing, they cried that the teacher was a bully! How dare he use the truth against us? (Aren’t real journalist supposed to desire truth? If they’re not journalist, what are they? Why are they even there?) How dare he stand up to our attacks! He’s nothing but a big bully! (I am so sick of my stomach after almost four years of these losers crying.)

Do they think President Trump is Jesus? He’s supposed to stay silent like a lamb while they constantly seek to find fault and twist every word he says? They expect a man to be perfect?

So the analogy here is a school room of higher education. The media did not know they were going to be taken to school, or they would not have showed up. They want a one-sided show. What if the media represent real students in a real school? What kind of students are they? When presented with facts concerning their own bad behavior, they cry bully! The teacher presented the facts, provable by their own words written or spoken and recorded, and somehow they sat in class and totally misinterpret and twist the lesson? In other words, these are the kind of students who could never learn anything, or ever pass a class! You can’t teach someone like that! And these are the students we listen to??? The pen is deadlier than a gun. America protects their speech, but these people are dangerous! Don’t kid yourself into thinking they are not. The gun is loaded!

How has politics come to this? How has media come to this? Was it this way in the days of our forefathers? Or have we become some kind of spoiled brats they would have taken not to a class room, but a wood shed! (Oh oh… that’s probably not good political correctness. I hate politics., but it’s the best system we got.)

Somehow…in spite of ourself…America is still a great place to live. However, if the church don’t get back to the Christian roots of what she is called to be, the tides of evil are rising! Truth is falling in the streets! The President can do as good a job as anyone could ever reasonably expect in very uncertain and unknown times, and yet he will be attacked every time he tries to tell us what’s happening.

Frankly, even if I thought Trump was a horrible president, (which I don’t), but if I did, I would still have to give the man great credit for being willing to walk onto that platform day after day, knowing he was about to be attacked in every crafty word of question or remark that could possibly be devised. Jesus had the “VERY SAME” problem with the Pharisees! And even Jesus called them vipers and snakes! Even Jesus did! And Trump is not Jesus! I think he’s shown tremendous restraint! LOL. If you can use those words with Donald Trump. (I can’t believe I’m even saying this. Wow.)

But compared to the left wing media, they make President Trump look good! That’s a truth hard to believe possible, but they do! And I hate politics! But as an honest person, I still have to admit this system has given me a good life. I thank God for America and this system that has somehow managed to work in spite of all the corruption that has attacked it. But how much longer will it be so? Especially as we become more and more a post-Christian nation? (No fake news here, just facts.) What about it, church?

I actually heard a Christian the other day recommending the book “Fifty Shades of Grey”! What kind of Christian is that? This is our own facts being thrown back in the face of what the church has become! What are we doing about it? Are we going back to our spiritual roots! NO! We just keep pressing blindly ahead! Don’t bother me with the facts, I’ve got my best life to live! I don’t have time for truth! What does the Bible REALLY say? What did Jesus REALLY do? I’m not interested! I love the Beatitudes, just don’t expect me to live them! What kind of love is that?

Can any system or person or country withstand continual attack from people so set on an agenda based on lies? A people so in love with power, pleasure, money, and self promotion that no one truly seeks the good of their country anymore? Could that day come when there is no longer anyone fighting for what is right in Washington DC? When there is no longer push back against the lies? No longer exposure of the lies? Because if they do, they come under such attack the average person could never survive? Even their family is persecuted!

To tell you the truth, one of the main reasons I finally decided to vote for our current President, was the fact he fought against the lies no matter what people thought or said. True…it wasn’t always pretty, but at least he fought! I’ve been so sick of wishy washy politicians who let media walk on them, that when I saw a man who would at least stand, whatever other faults he may have, I voted for him! And plan to do so again because the truth is, the side on the left is still just as messed up as they were! Maybe worse! They haven’t learned a thing! They ate their school books or cooked them, or both!

If the President says something is white, they say it’s black! If he decides to change to black, then they say it’s white! And was always white! Even if we did say it was black before! Don’t face us with such facts as our own words and actions! You’re just a big bully! (Wow…that’s really sad.) Do they really think we don’t see this? We would have to be blind.

It’s amazing to me that those of the left, if they were to read this article, they would totally deny their own words and actions as if none of it matters at all, and they would simply try to shout me down with hate and name-calling, just like the behavior of little kids I remember in grade school. They would never let me forget my words, even things they might twist my words into, but they can say and do whatever they want, be wrong a million times, but they get a complete pass in their own minds.

But as proven by all this, these people must not be the brightest bulbs in the room because they don’t seem to realize how obvious this all is to the rest of us. They really think they are fooling us? Oh my. They think we don’t see they have no clothes? Oh my. They really think they’re that good? Oh my. Well… there you go, I guess we see the problem, huh. Thy’re not good journalist at all. They are traitors to true journalism. A plain old dictionary can teach you that much. Where do they get their facts from? Their own minds. I guess they also have a fake dictionary, too. (I’ve got to stop because this just keeps getting worse the farther I go, and I don’t want to go there. It’s a snake pit.)

Like I said, I hate politics, but I am fascinated by human behavior. One reason the Bible will always be relevant is because human behavior never changes without the help of God. The Bible will always be relevant and some people will always want to burn it into nonexistence if they could. They have tried before. These people claim to be Christians while promoting the death of babies in the sacred womb. How much darker can it get? This is the kind of darkness the Bible warns us about. This is the kind of truth that is falling in the streets. And I have written these words while I still can.