Do you see it now? I’ve been declaring this for weeks, the escalation of emotion, Jonah being thrown overboard into the sea of a perfect storm, the Democrat game plan, and yes, they are not innocent, but well aware of the fire they are intentionally setting! And now we have it in writing! The future laid out for us! And a 21 Day countdown to another escalation! White House Siege! Googling that should bring it up.

Of course none of the Democrat names are on the war plans. And it wouldn’t matter if they were. Things have been proven before, but they are above the law. I have seen this coming for months, but I am a watcher, only the blind or the guilty could deny it now.

Surely most Americans will not vote for the Party promoting violence to win. So Trump wins again. Then what? He cheated! They already are saying he cannot legally win! How can they know such a thing? And then our country explodes! Will Jonah be thrown overboard into the raging sea? What will it take to get control? Will we see martial law? Of course we will. Do we not see the hand writing on the wall?

Are you watching it build? Do you see this growing wave of hate, lies, and emotion? Are you prepared to soar above, or will you be caught in the tsunami? Will you be a part of it? In their eyes President Trump must not win at any cost, so if he wins, then the country must be so devastated that he will spend the next 4 years just trying to repair all the damage. Consider these quotes >

We will lay siege to the White House. And we will sustain for exactly 50 days.

…we’ll inspire a global movement of systematic change… A Global Spring… a cultural heave towards a true world order.

We will not let Trump steal the election.

A massive collective action of the sweetest kind of disobedience.

There is also something said about them ensuring a peaceful transition of power. What? The only transition of power they want is into their hands, and none of it has been peaceful so far! President Trump has been under attack from day one! And they are just waiting for Conservatives to retaliate. They know many people are going to be hurt and suffer in this fire they build, and yet they build it anyway?

Again, these groups claim they only intend peaceful protest, and yet somehow there has been much violence. These people know it will only take one little spark to ignite the explosion. I expect if something does not happen to cause it naturally, then they are prepared to light the flame intentionally. And if Trump wins, that is all the spark they need. But what if the Republicans did the same? What if we were threatening violence if Biden wins? How is it that one party is prone to this kind of behavior and there is no vast exodus from their ranks!? No being held to accountable? Yes…they are very sly with their words…careful to send out sparks…but never be the actual fire themself. They are so smart. They are so innocent. But truth always eventually wins. If not in this life, then the next. In the meantime, we suffer.

This must be more of the “good trouble” they keep promoting. “Sweet kind of disobedience”? But what is God telling you to do in this perfect storm, child of God? Do we not have a responsibility in all this? Abortion is still a horrible crime against humanity, and Planned Parenthood continues with blatant disregard to the truth. Most scientific biologist will tell you that life begins at conception! How ungodly, as a nation, we have become!

As followers of Christ what does all this mean for us? Does God still have a mission? As in the days of Noah, more and more violence breaking forth, the earth filled with violence! Again, the hand writing is on the wall! Can we be the peacemakers in such a great fire? But we are the HATERS! That is the lie they believe! Are you a HATER? Is it not so plain how the enemy has worked in all this? We’re not the violent! How are we the HATERS?

Jonathon Cahn has already had a huge prayer and repentance rally planned for D.C. area on September 26th. This has been planned for months! The White House Siege protest begins on September 17th. Both these groups will be in the same area, and how will this be portrayed by media?

The darkness grows…the darkness comes. There are those setting the flames for violence to fill our streets and martial law required! Surely you see it now! They claim Trump won illegally, and yet they are the ones actually trying to win illegally by threat of violence, and in plain sight for all to see! How has America become this? How has a party become this? How is a party able to get away with this? Our right to vote the way we want is under threat of “violence” by one party and one party alone!

I am a watcher and I will continue writing what I see, unless they shut me down, which wouldn’t surprise me a bit. Hopefully I’m too small for them to notice. But here again, one party wants to silence free speech! How can anyone not see this?

Our country is already on fire. The kindling is already set and burning. We have a date with destiny already planned. The perfect storm increases in its hate and Jonah is the target. The last word of the Old Testament is “curse”, and we are in it, if a revival does not sweep this nation and turn the hearts of people back towards God, and one another. What is the price we’re going to have to pay, like Jonah, before such a revival can happen? 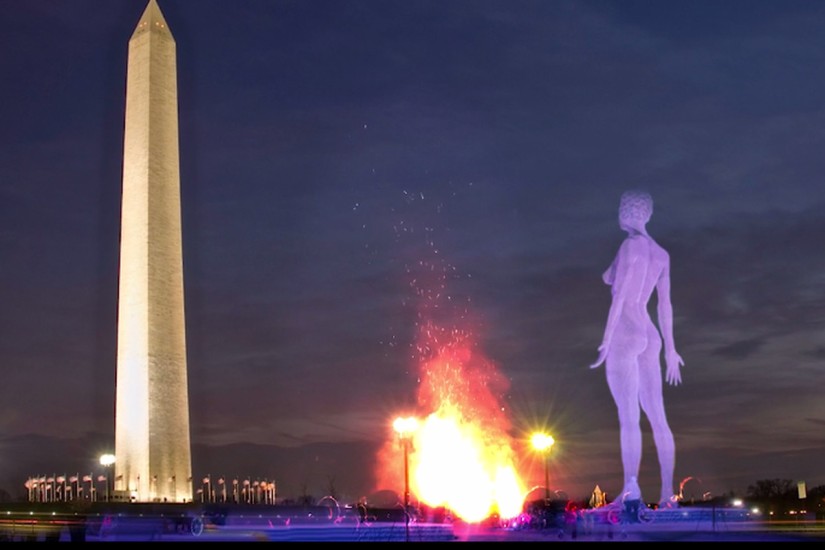