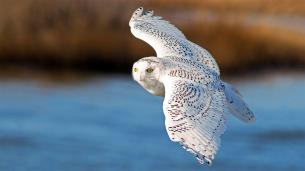 “But where shall wisdom be found?”

And where is the place of understanding?

Man knoweth not the price thereof; neither is it found in the land of the living.

Whence then cometh wisdom? And where is the place of understanding?

Seeing it is hid from the eyes of all living, and kept close from the fowls of the air.

Destruction and death say, we have heard the fame thereof with our ears.

God understandeth the way thereof, and he knoweth the place thereof.”

I see America burning. The fires that are coming make current events look as nothing! This is the most dangerous election I’ve seen in my lifetime. It’s all about EMOTION, not wisdom. The Dems know exactly what they are doing, and it is pure evil. Between now and election we will see the flames of emotion stoked higher and higher, so that, the average person will be afraid for the Dems not to win! Some will even hold their vote, hoping the Dems win and we avoid all the violence that will break loose if they don’t! What kind of political party wants to win by way of threat of violence? An evil one.

How do you stoke the emotions? Become the helpless puppy in need of a protector. Paint yourself as the weak and violated, simply trying to survive the big bad bully. Stoke the flames of the people so that you might win by some miracle, but if you don’t, then there will be such an eruption that they will wish they never dared to oppose us. That poor little puppy dog will turn into a raging pit bull in the streets! If we can’t win the ball game, then we burn the ball park to the ground, and anyone in it!

This is so obvious to see. Who wouldn’t want Santa Claus for President? Who doesn’t wish Santa Claus was real? But in the real world there is no Santa Claus! The Dems are stoking people with a beautiful Christmas wish! And Trump is the Grinch because he knows things have to be earned! We reap what we sow! This is basic wisdom 101! They are sowing the seeds of destruction and unwilling to earn things honestly! And the worse part of all is, they actually believe this fake Santa Claus will be able to make their dreams come true by way of all this hate and destruction? This is how they think the world works? This is how Christmas comes? Not any Christmas I know!

Call it Karma or call it the Laws of God, these people will fall into their own pits and suffer greatly in the end, but the great tragedy is they will cause a lot of innocent people to suffer along the way. They will leave much destruction in their path, even hurting people they claim to love! How can any country have an election, when that very election threatens to set streets on fire and get innocent people killed? Is that the goal?

The Dems are not presenting themselves as just the underdog against a giant, they are presenting themselves as a helpless puppy dog being kicked and mistreated by its master! They know this card has power to ignite fire in the hearts of misled people! Again, the tongue is setting on fire the course of nature! Mrs. Obama even described voting as: Vote as if your life depends on it! What? Those are fighting words! Someone is going to kill you if Biden don’t get elected? Set those emotions on fire, Mrs. Obama!

Is there a way to throw water on this fire? From where can so great amount of water come? The church has lost the high ground and is completely helpless to face this great need. But if there is still any hope that God’s people can pray to heaven and call for such a rain, then we best be doing it now!

Yes, we still need to cast our vote for integrity on that day. We still need to stand up in the face of threats, lies, fire, and fear, and do the right thing, because that is what honest people do. But can we also call rain from heaven and prevent the horrible event of emotions run amock that lie straight ahead? This is a locomotive building steam and speed as it rolls down the tracks! The Dems are throwing in the coals by the shovel fulls! It is intentional! Mrs. Obama chose her words well! She knew exactly the message she was sending. They all do. The power of the tongue and dangerous words, feeding the flames of emotion!

Can we avoid Jonah being thrown overboard into the raging sea? Will the Bible be thrown into the fire and into the sea?

With frail Joe Biden, the Dems have a win/win; and they know it. If he don’t win the election, the streets will burn, and socialism will be that much closer to being achieved in their eyes. I watched a video of a man clear back in 1969, (I believe it was), who described in detail, I mean in minute detail the exact strategy of socialism to play the “race and hate” card to overthrow democracy in America. He knew every step and strategy back in 1969! I am watching every step he described being played out before my eyes! It’s uncanny! But not so surprising when you understand the true evil at work before us. May the God of heaven help us all in what is coming. We’re gonna need it. If you’ve never prayed before, this is a good time to start. 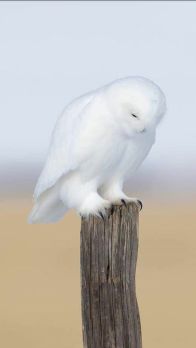