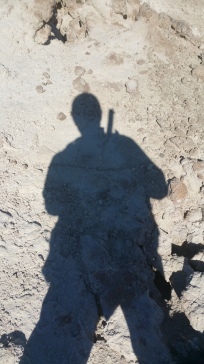 For those of you who started with this site, you know the Tipi and the building of a retreat is the result of a spiritual journey we have begun. After being involved in several modern day churches over my 62 years, I finally left the last one frustrated and feeling like I had lost my name. In a church where we always wore “name tags”, I had lost my vision, direction, and name. I had become “No-Name”.  What I was hungry for inside me, was not happening at any of these churches, and so I finally left and began this journey. I had no idea where it was going to take me.

God did not disappoint. As we returned from South Dakota I had a phrase echoing in my head, in my soul… “The Path of the White Feather.” I did not know what this meant other than I was to seek a greater purity, and one step at a time, things would unfold and bloom.

We got back home and I went back to work at the Indianapolis Airport pushing wheelchairs. I worked the late night, and God would speak to me in the late night. I began to think about my mom and dad’s farm, and what could be created there. Then a fellow employee was talking about early retirement at age 62. I was about to turn 62. I did not know you could retire that early. This suddenly presented a new possibility, a new path. But could my wife and I survive and still accomplish our goals on such a fixed income? How was God leading?

I started building the Tipi at the farm, and came up with a name of “Tumble Pigeon Retreat” (TPR), due to the Tumbler Pigeons my dad has raised and he allows to fly around the farm. These birds are a living example of a great spiritual lesson. It all seemed to fit. I also saw a way of connecting to my 7 grandkids, all boys, and I took on the name Chief White Feather, or Grandpa White Feather. I begin teaching my grandkids about “what’s in a name?”

I had a good six months ahead of me in the process of early retirement, but I cut back my hours at work and began building the Tipi. During this time I also began reading many things in search of understanding the “Early Church”, which turned out to be a time period of roughly 200 years, before things started changing in a way not completely harmonious to what our Lord established. My understanding of this did not come without much study! And there is a lot our modern churches have not told us. Stuff they don’t seem to have an interest in, or think important.

Six months passed by and I was planning on continuing part time work even as my Social Security check finally began. It just began this last January. But I unexpectedly got sick and could not seem to get over it. It got in my lungs and refused to leave! I’m finally getting better but it has been a month! If we had not had that check show up when it did? But God has a plan.

For over a month now, I have been in “crash course” study. Brian Zahnd was some of my early studies. I don’t agree with him on everything, but he did open my eyes to a much different perspective. I continued reading like crazy. Next came “Christian Mystic”, and I discovered I had a kindred spirit with these people I never knew about. The Mystics also led to Saint Francis of Assisi and others friars and monks of history. I saw such paradox and contradiction between these monks and the Catholic church. It didn’t make sense to me. Soon I found myself studying “Church History”, in an effort to understand how we got from the early church of the first 200 years to where we are today. My wife could tell you how much time I have spent locked away in my cave studying these things.

I saw very plainly how Jesus and the early church fathers focused on the “Table” and not the “Temple”. I saw how plainly Jesus made this very important shift from Temple to Table. However, I also saw the step by step twist and turn the church slowly made back into “Temple”, while the “Table” once again became corrupted! (And has been lost.)

Over time there has been those who have “pushed back” and created a life giving flow from the “Table”, keeping the true light of Christ alive in this earth. Our soul still longs for His Table, not any temple other than the one in our heart! There was no temple in the Garden of Eden, and scripture plainly says there will be no temple in the future New City Jerusalem! (Rev. 21:22) It says God and the Lamb are the temple! Relationship, not a building or pompous ceremony.

The lady who wrote “The Mirror of Simple Souls” was Marguerite Porete. She is the one I quoted in an earlier article who wrote about the river becoming one with the ocean. She wrote about how godly love enables us to lose ourself in God. The church at that time burned her at a stake for writing such things! She died in Paris France on June 1, 1310. “Men of the Temple” deemed this “lady of the Table” to be worthy of death by fire! How could the example of our Lord be so grossly misunderstood? These same men would dare to profess themselves to be experts of the Lord’s Table? They have turned it into nothing more than idol worship!

Our journey will now be mixing church history with Mystics, perhaps even Monks, and any person who has had that same simple vision of God down through history no matter what circumstances they lived it out in. This is the heart of “Church of the White Path”, so says Grandpa White Feather. I hope this journey of truth has interested you as much as it has interested me. If not, then go in peace my brother and sister, for God has a big wedding feast planned in heaven one day, and perhaps we will sit at the same table then. Amen.