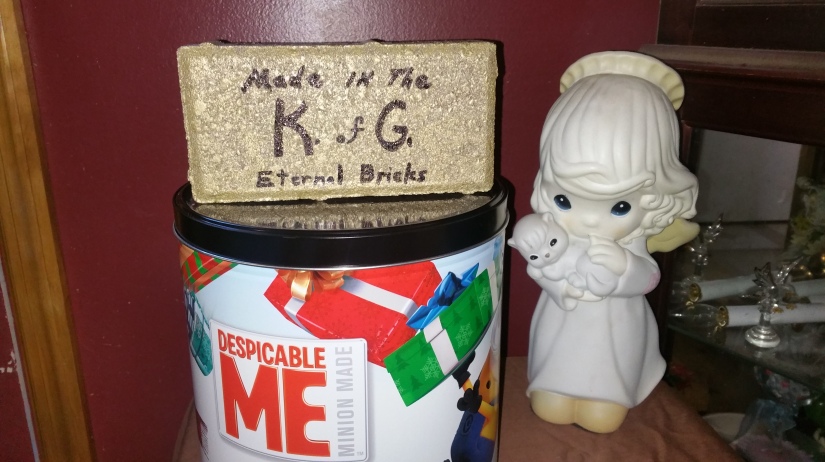 Hhmmm, Part II of “Eternal Bricks”. As I said, I did not plan this picture. So after I invited you to study it, I did the same myself, and was quite surprised!

I did not pay any attention at all to what was in the glass cabinet beside the table whereupon I sat the brick and snapped three pictures. Not until I began to study the pictures, and it was then I noticed the candle sticks lying on their sides, as if removed from their stands! And a glass eagle taking wing! And something over the table, the tip of which you see, but do not know what it is, but I do! This accidental picture is such an amazing message! (If it be true.)

“Look how far you have fallen! Turn back to me and do the works you did at first. If you don’t repent, I will come and remove your lampstand from its place among the churches.” (Revelation 2: 5 – spoken by Jesus himself!)

The book of Revelation plays a big part in the things I will soon be sharing. I have never had such an incredible understanding of that book as I have had since embarking on this new journey. What were the odds that I accidently snapped such a picture as this, which so amazingly lines up with the growing message of this blog site? This picture is smarter than me. I would not have thought of this.

And what hangs over the picture? I am embarrassed to say. It is a relic of my past, that now has all new meaning! It is a Rod Parsley Covenant Partner sword. It has hung on my wall for years, even though I have not listened to him for years, for some odd reason I never was able to figure out. Oh the story that connects me to that sword!

Things are getting a little uncomfortable for me now. It’s one thing to share my experience with a church I do not name, and few people would know of whom I speak. It is not my intention to do harm to the body of Christ, but I must say, this ministry has been perplexing to me. His ministry has been such a major force for good in so many ways in this earth, and yet there are many Gentiles that I fear blaspheme the name of God because of ministries like this, and many more who are much worse, but I’m so sorry to say I have to include this ministry in the lot. This breaks my heart, and reveals how far I’ve come on this path. A path I have been on for some time, and did not even know, hence the reason I lost interest in his preaching, and his books. I didn’t know this picture was going to take me there.

I must admit I am bias here, and I want to avoid hard words, because this ministry was once very precious to me, a long time ago. And I must point out, this is only my “opinion”, being offered up as possible truth, because we are living in such perilous times. The “body” is divided. It is so very divided. But the five wise virgins were not, and they were in unison, even “one” in their answer to the five foolish. This so breaks my heart. I am a “nobody”. Who am I to speak such things?

How much should I share, Lord? What needs to be said, and what does not?

It’s a beautiful “looking” sword, but it has no edge; it’s rather heavy, it’s mostly ornamental, as it was meant to be. Perhaps for safety’s sake. I understand. But this sword with no edge, I did not buy, because our money was too tight at the time. I forget what was being asked for it. My mother bought it and ended up giving it to me. Boy, this sure takes me back. I’ve always had a problem with the way many modern ministries go about getting their money. Money and ministry is a big issue with me.

I’ve been to his church a few times, even a week of Holy Spirit Explosion, back in the day, which came at a critical time in my life. I guess it was right for where I was then, and where this ministry was at that time. But afterwards, eventually, I got tired of all the money gimmicks. I don’t know how else to say it. And his preaching lost interest to me.

Before writing this article I went to his site to see if anything had changed in all these years? If it has, it was not obvious to me. The ministry says God is going to do some special things for the Covenant Partners, and it is somehow connected to the fact that it is the year 2017, a number ending in “7”, which means certain things, so join now. But in my humble opinion, perhaps just a minion, isn’t it actually the number 17? How weird is that?

There is an awakening happening, and no one said it would be easy, or painless. Who are the churches who’s candle stick shall be removed? I fear we travel this road dangerously, at great peril to our soul, but how can we be anything less than honest? Is not dishonesty also a great threat to the soul? And so I find myself bad-talking a ministry I loved, a preacher I admired, a ministry I still miss? This too, judges me, for better or worse. Others must judge.

Each of us will have to decide for ourself what the Spirit of the Lord is saying in this day and hour. I remember in a very small early morning prayer meeting, with the Pastor of the church of 800, I spoke words I thought very strange to me at the time, and others spoke too, words nothing like mine, and mine were “completely” ignored. I thought it all very strange, and filed it away in the back of my mind.

The words were…“You have to say “no” to the woman! You have to say “no” to Eve.” There were a few more words I don’t exactly remember, but they basically emphasized the same point. I was one of the last to speak that day, and yet it was totally ignored, and likely not even remembered by anyone there, but I remember it clearly. There was something about the speaking of it, and something about the ignoring of it. Time judges all things.

What a strange picture I took today. Is it prophetic like words prayed in an old prayer, once upon a time? Now that Pastor is on leave, and in counseling? Time will tell, I guess. I’m just glad to be out of the Americanized Christian mess, or at least struggling to be so. I’m still working on what all this means, and this blog site is recording my journey. One day at a time, as it unfolds, and I report it as honestly as I know how. We will see where this teepee is going. I certainly did not expect this today. This picture takes me by surprise.

But there is an eagle taking wing also, and in February I hope to be publishing my book, “A Bird Called Flapless”.  Stay tuned for more! 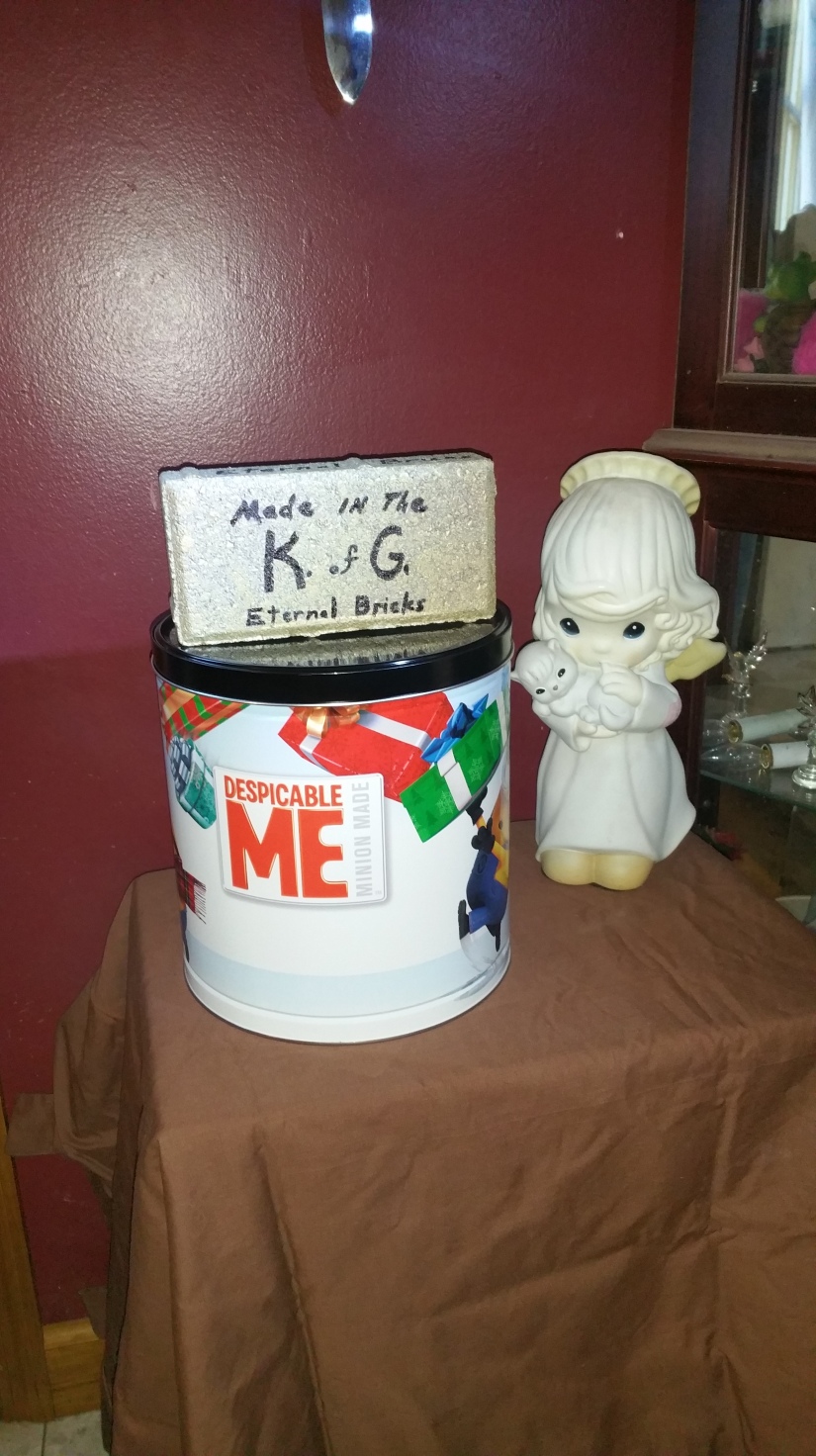