My wife and I see “Star Wars” tomorrow. I’ve waited 40 years for this episode!

We were married on April 2, 1977. In May of 1977 we saw the very first movie of Star Wars! It blew us away! It was cutting edge at that time. We saw it at the best theater available, and had never seen anything like it. We were still newly weds just starting our lives together, and did not know we were beginning a 40 year journey with Star Wars! I was 21 and she was 18. Now I’m 62, and she is 59. We have grown old with Luke Skywalker, Hans Solo, and Princess Lea, who I will see for the last time tomorrow. Where have the years gone? But it has been great.

None of our five children were born yet. Now we have seven “grand”children! Tomorrow, my bride and I, the woman I have loved all these years, go to see another Star Wars movie: “The Last Jedi”. What does that mean? The last? Is it all coming to an end?

I believe Star Wars is special to my generation because it led the way into the incredible movies we have today. It was like “the first” for us. But as you can see, it has meaning for me in other ways too, including spiritually, because of the battle between light and darkness, Empire and Soul!

I have spent my life learning to be a soldier of the Lord, a priest of light, a disciple of love, a witness of truth, and seeking God’s power, not my own, something we call the Anointing, His Holy Spirit in us. When Darth Vader said his famous line about Luke, the one where he says: “The force is strong with this one.” That fed the fire in me to grow in my Lord. Now, many years later, a strong topic of this blog site is not to be “Skywalker”, but to be a “Godwalker”, an Enoch people, whose heart burns within us as we walk with our Lord!

(Luke 24:15) “…Jesus himself suddenly came and began walking with them.”

(Luke 24:32) “They said to each other, ‘Didn’t our hearts burn within us as he talked with us on the road and explained the scriptures to us?”

Star Wars has always been an allegory (of sorts) for the Christian calling of the “Good Fight”. It makes no claims to be Christian, and it is not, but that doesn’t mean it can’t inspire a person if viewed from a certain perspective. Luke’s Light Sabre? Wow! What a great analogy of the Word of God, a Sword of Light!

A Jedi Knight was not materialistic. I’ve always enjoyed this part of its message. Was this one of the reasons the Jedi had become a dying breed? People love the pleasures life has to offer, but a Jedi was trained to walk a different path drawing on an invisible source of power most people no longer believed in, including Hans Solo, the perfect worldly non-believer! (He came to believe.)

And now Hans is dead, Luke is old and been separated on an island for years, after having great tragedy befall him, as he led a “School”.

But there has been an awakening. Have you felt it?

A new Jedi discovered? Like Luke, she did not even know! She is untrained. Who is she? What is her relationship to Skywalker? Why does his light sabre call to her? The sabre thought lost, suddenly found! This one who’s name is, Rey.

So…I consider this weekend to be special. Even as I’ve been on a journey of my own, what with leaving the “modern” church to build a teepee behind a barn housing Tumbler Pigeons. And there has been an unexpected ingredient added to the mixture of this weekend. A new teacher I came across. (New to me.) So I bought a book of his, not knowing what was in the last third of the book. But I read the whole thing in less than a week! And now it adds to my viewing of Star Wars tomorrow.

Brian Zahnd, is the author. The book: “Sinners in the Hands of a Loving God”. At this time in which I’m trying to figure out some things, this man’s perspective challenges me. He’s caused me to reconsider some theories I’ve had of my own; theories I’ve been uncertain about, but now see possibilities. He seems to have a problem with what I call the “judgement” side of God, of which the Old Testament is a warning to us not to go there! But I’m still sorting out where I agree with him, and where I don’t. I do agree with him in some ways. But I love the last third of his book! Especially at this time! I did not know the book would take me into Revelation! And an analogy of “Godwalker verses Empire”! It could not have come at a more meaningful time!

I think I’m going to have a lot to say on this. Is this part of the awakening? I believe it is, but in what way? I’m very cautious in matters of the soul!

Zahnd explains how John the Revelator was exiled on the Isle of Patmos because of an Empire, a superpower, known as Rome. He also explains how John (or God) encoded the revelation so it would not be obvious it was about the empire Rome. Perhaps this was for his own safety, but whatever the case, the book of Revelation is the story of God and his people resisting the Empire at that time, and perhaps a time yet to come. After all, the Prophet Daniel did interpret the king’s dream and saw a revised Roman Empire in the last days!

Whether we are coming into the last days, or not, the materialistic “World System” has always been the adversary of all “Godwalkers” in the earth. According to Zahnd, and I believe he is right, John the Revelator was concerned the Church was becoming too comfortable in the Roman Empire. John, evidently, had not gained such acceptance, as they exiled him to this island! Pretty obvious he simply was not fitting in, but the Church was beginning to.

I know Constantine eventually comes along, and the rest is history. We happen to have a potential Constantine of our own right now, of which I have spoken of in other articles. It’s all very spooky how it seems to fit together. Those with eyes to see, those who are awake are aware.

Is God treating you as his friend? God reveals things to his friends. Has there been an awakening? Are you aware? Has it been made known to you? Or are you out of the loop? Is this article possibly God inviting you in? Only you can decide these things for yourself.

I know I’m going to have a lot to say about this. I love writing and teaching. Don’t think of this site as just a blog. Think of it as a “BOOK”. If you’re truly a seeker, and if these subjects interest you, then there is much here for you to enjoy. As much as a BOOK!

I don’t want the chapters to be too long. So I’m making a chapter break. I will likely shoot another article out before this day is over, because I already have it on my mind. And tomorrow? After having seen Star Wars? It is likely I will write again, if I think I can do it without causing any spoilers. I’m loving this! I hope you are too! 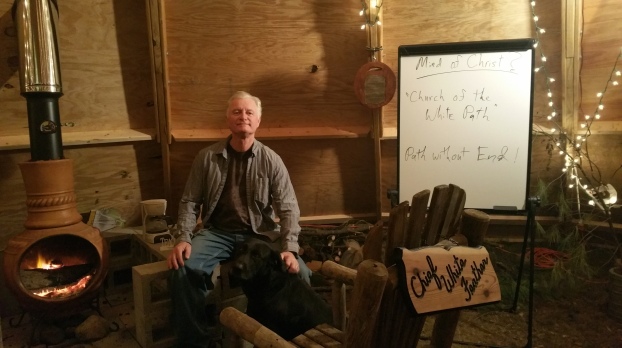