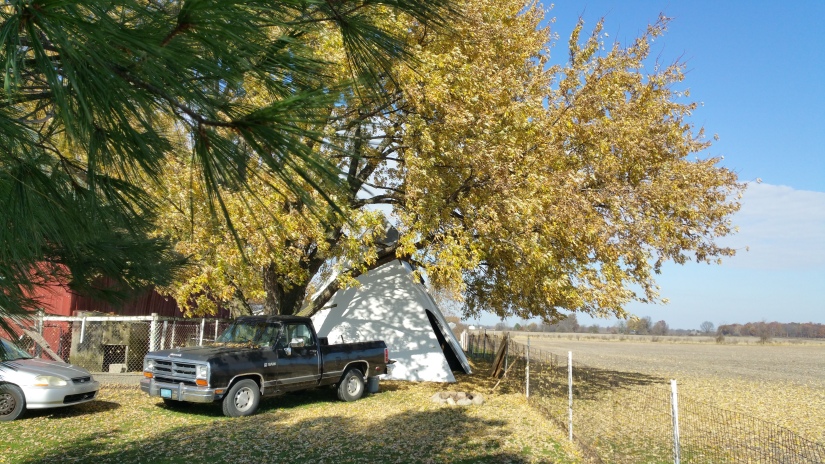 Realize this 22 foot tall tipi would not be here if not for the God Seek / Vision Quest I went on. None of this was in my head. I had lost my vision while going to a church of some 800 people. I lost who I was, what God had spoken to me, and become “No-Name”. That was my condition when I left that church, not in anger, but feeling like a failure. I had to swallow any pride I had, apologize for starting a path I was not finishing, and find myself in God again. This is all in the earlier articles, and now we take up on the first night of the nine-day God-Seek. We found ourselves very worn and weary at a rest stop in Chamberlain South Dakota. We had no idea what we were going to find here, or what was going to happen that night.

People are always trying to figure out how God speaks to someone. All I can say is, if you’re paying attention, you will know when he does. And don’t try to put God in a box on how he may speak, because he is likely to surprise you.

I was probably to exhausted to fully appreciate the 50 foot tall Indian lady named “Dignity”, when we first drove in, because she is magnificent during the day also. However, God would get my attention that night. 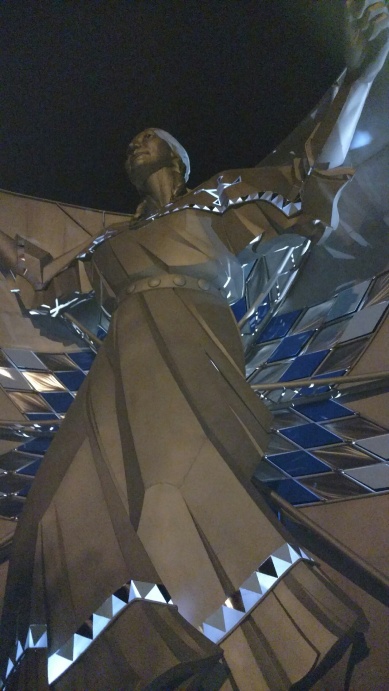 My wife and I pulled into a secluded parking spot away from the main area in order to have more privacy for sleeping. We could not even see the statue at all from where we parked. The windows on the minivan are also covered. It’s like our own private cocoon in the back. And as we slid under those blankets I quickly passed out into deep sleep.

Roughly three hours later I woke up sweating! Now realize, it’s May in South Dakota and the nights are still getting down around freezing. In a complete state of exhausted fog my brain tries to make sense of why I am so hot that it has woke me up? And then I hear the engine shut off.

My wife, bless her cold natured heart, has not been able to sleep for two reasons. One…it’s too cold! But she is rather resourceful and realizes she has a solution to this problem, the remote start button. And she has been starting and stopping the motor for the past three hours. This last time she left it on so long I got hot enough to wake up and realize something wasn’t right.

But perhaps the bigger problem was her painful shoulder. She normally takes pain pills before sleeping, but tonight she forgot, and the pills are buried on the floorboard up front. She cannot reach them with out getting up, leaving the warm covers, going outside into the cold, and digging them out! (Which she does not want to do.)

“What in the world are you doing, dear?” I ask in a mumbled and sweating daze. Her answer, “I’m cold. So I been running the heater. And my shoulder hurts. I can’t get to the Advil. They’re buried somewhere on the floor up front. Will you get them?”

Now this is the critical point of our first night, but I do not know that yet. All I know is, I’m still exhausted. The bed is warm, too warm, but my clothes will be cold. Then I got to force this tired 61 year old body out into the night where I’m sure I’ll see my breath fogging before me from the hard breathing I’m sure to be doing after such a great effort. Then I got to find the pills and give them to her. My only other option is lay here hoping she somehow falls asleep and stops turning the van into an oven. Not likely to happen, but my body does not want to move!

As I debated this dilemma with myself, I was real close to a bad attitude. Not at my wife, but just at the situation in general. “Why Lord? Why does this have to happen? I’m going to be so exhausted tomorrow.” But I caught myself quickly and reminded  myself I was on a God Seek. Try to never lose patience or slide into any bad attitude when on a God Vision Quest, because you never know what God is doing, or how He may choose to speak. A bad attitude is one quick way to disqualify yourself from getting the message.

I finally decided I needed to make the sacrifice, get the pills for my suffering wife, and while I was up, better use the bathroom and save a trip later. Sure enough, my breath fogged before me in a ghostly cloud, confirming how cold it felt. I kept moving on my mission. Get this over with.

The sky was very black overhead and full of stars. I could not help but notice. Although I still was barely appreciating the raw beauty all around me. A subconscious awareness was going on in my fog. I handed my wife the bottle, and headed to the restroom.

As I was coming out I was beginning to actually feel awake, the fog was lifting. I was on my way back when an intelligent thought somehow found its way to my brain. “Since I’m already up, why not check out what that Indian statue looks like? Hhmmm. Good idea.”

I was not prepared for what I was about to see when I rounded the corner of the building. It took my breath away. The rest stop is on high ground. The city lights of Chamberlain sparkle below, in the background, and reflect on the Missouri River. But that was only accessories to the real beauty before me. Somehow, the way the statue is designed, and the way the lights are set, the effect of it all literally sweeps you into a state of awe, and I knew God was already speaking!

I did not hurry back to the van. I spent time under that huge sacred star blanket coming over the shoulders of the Lady. It was like a mantle of Elijah coming down to Elisha. It was like God was saying, “I got you covered.” You got to realize, I just left a church in defeat and eating humble pie. What are the odds of a fifty foot tall statue of such magnificence being called “Dignity”?! This was the first thing God wanted to speak to me, and in such a mighty way? “Dignity”. I had retained my dignity in the eyes of God, in all that had been said, and all that happened. I was still hearing God, and this was just the beginning of the trip. Yes, God will speak to you in incredible ways.

What would have happened had I ignored my wife, or gotten a bad attitude? Would I have ever known what I missed, that God had spoken in an amazing way, but I did not have ears to hear or eyes to see?

If you have been one to say God never speaks to you, or anyone, because there is no God… are you so very sure? Because I’m even more sure than you, that he does, and he has spoke to you too, but you have chosen to ignore, and not believe.

When I got back to the van I told my wife, “You got to see this.” I started moved it to another spot where she could see from the window. She was swept away in awe too, and we both knew God was speaking, and it was a very good message. 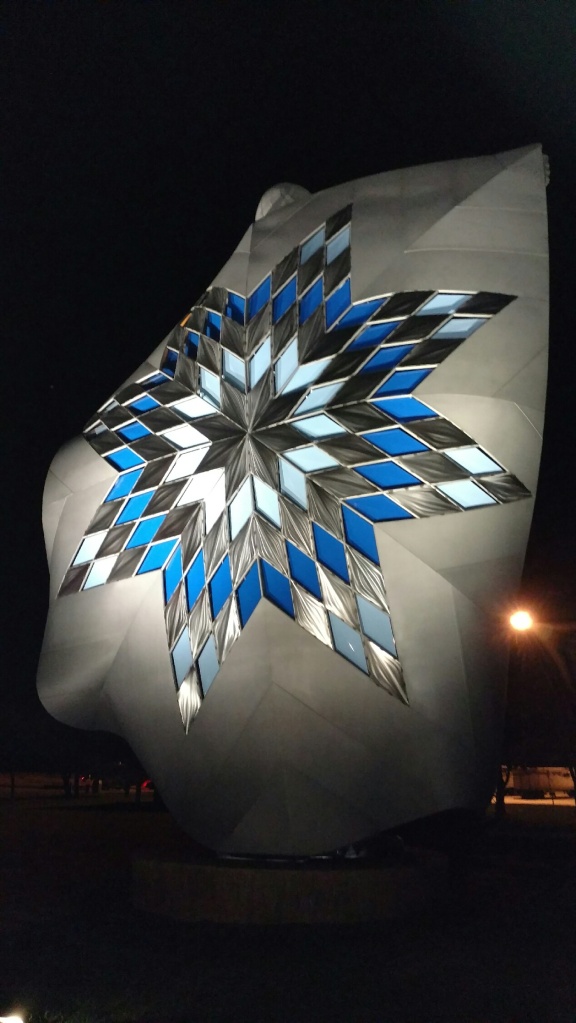